on July 27, 2018
Chamomile comes from two plant species namely: German chamomile (Matricaria recutita) and Roman chamomile (Chamaemelum nobile). Approximately 120 secondary metabolites have been identified in chamomile, including 28 terpenoids and 36 flavonoids. They have been used for thousands of years for various mythical benefits. 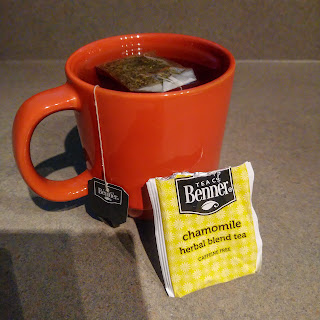 Chamomile is commonly used in form of tea bags and has benefits backed with scientific references. It is my greatest desire that after reading this write-up, you join me in your next grocery shopping to stock up your pantry with chamomile tea as I love to do.

1.    Chamomile tea is used for its sedative hypnotic effect/ Sleep-aid:
Chang and Chen (2016) [1] conducted a research on 40 Taiwanese postnatal women with poor sleep quality to demonstrate the sedative effect of Chamomile tea. After the women were fed the tea for 2-weeks , they demonstrated significant lower scores of physical symptoms-related sleep inefficiency (p= 0.015) and symptoms of depression (p= 0.020). Similar results has been recorded among the elderly suffering from insomnia. P.S: Remember good adequate sleep/ rest is important to slow aging, maintain good weight, loose weight and achieve a healthy lifestyle.

3.    Chamomile is used as a galactogogue:
Galactogogue is any food that increases breast milk production in either humans or animals. According to a report by Brodribb (2018) [3], A nursing mother began drinking 1.5 to 2 L daily of chamomile tea ( 3 tea bags in 1.5-2.0L water). She reported that she noticed fullness and tenderness of the breasts 4 to 6 hours after she drinks the tea and was able to pump 90 mL of milk compared to 60 mL without the chamomile use.

4.    In addition, chamomile have been used for gastrointestinal conditions, wound healing, mastitis and cracked, bleeding nipples [4]. In recent years, chamomile has been used to treat infants/ adults with Colic illness and diarrhea [5] [6]. They have also being used to suppress migration and invasion of human cancers.

TOXICOLOGY: No present literature has shown the effects of excessive chamomile drinking. Present literature only shows that some Chamomile when not well processed by non-regulated farmers contain dehydro pyrrolizidine alkaloids (PAs) which can be carcinogenic. This is the reason you should always buy from a trusted Brand!!

In conclusion, I hope you've learnt a lot about chamomile today? For me, I drink Chamomile almost very night to help me relax and sleep well in-order to conquer some of my insomnic episodes.

Keep your fingers crossed as my next posts will focus on benefits of other health teas.

Where can you get them?
They can be found on the shelves of grocery shops where teas like green teas are sold. In Nigeria, you can find them at Shoprite or in the market among grocery retailers. Everyone I have introduced to this tea, testifies to its soothing power especially my beloved MOM. Common brands I use are Ceylon Chamomile Tea, Benner Chamomile Tea, Bigelow Chamomile Tea.

Hello friends, HAPPY NEW YEAR!!  The past year has been a challenging but fruitful year for me. My reason for being incommunicado. I am back  with richer and better contents on food recipes (especially for people like me who want to eat healthy but delicious meals) and other science health talks. Feel free to share my links with your friends, drop your comments and critics. Our first recipe this year is on my first mushrooms which I prepared. Guess what? They were AMAZEballzzz!!! Mushrooms are a great addition to a healthy diet. They are nutrient dense (low caloric content), rich in fiber, moderate in protein, low in fat and carbs and rich in Vitamin D2 (Ergocalciferol) for healthy bones.                         I had green beans thrown in too, the reason for the title. Green beans are not left for salads alone (can be boring to eat them in such monotonous way). Hhhhmmmm, Enough of the preaching(smiles). Lets get down to Business. 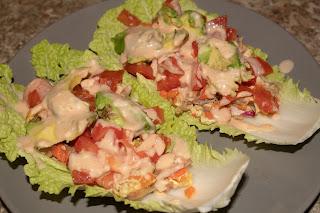 Hello friends,           I recently made a slight change to my diet by reducing the amount of carbs I eat for dinner (Reasons I will be explaining in a book soon!!). I started trying new low-carb recipes and boy o boy did  bok-choy/ lettuce sharwama win a gold medal. This sharwama taste as delicious as regular sharwama and they richer in fiber, vitamins, minerals, antioxidants and lower in calories ideal for weight management/ weight loss. For the dressing I used, reduced fat Mayo by Hellman which supplies ONLY 25-calories per tablespoon. You can use olive oil/ canola as a substitute for the mayo. Did I forget to add that you can get this meal fixed under 30-minutes? I used bok-choy for this recipe, however, if you use lettuce, you will get the-same perfect taste as with bok-choy. Ingredients 3 Bok-choy OR lettuce boats (washed & strained) 1 whole tomatoes (diced) 1/4 avocado (diced) Scrabbled eggs (Using 3 egg whites, onions, diced carrot) 1 tsp raisi 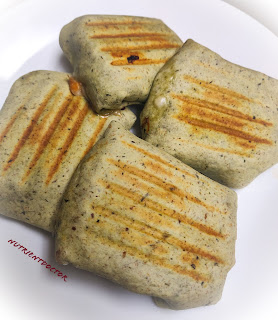 This recipe is simple, nutrient-dense, very feeling and delicious. It takes 10-minutes to assemble and can be eaten as a main meal or snack... It is also a great  & fun way to enjoy vegetables or introduce children to one without rejection (Trust me on this, lol) Tortilla wraps can be found in grocery mall shelves under bread section. Some cultures in various countries call it "Lebanese bread". Ingredients  "Serving size: 1 chicken wrap" Tortilla wraps (I used whole wheat wraps) Cooked chicken "shredded" (you can use fish or any meat choice) Salt to taste Black pepper Cheese (part-skim) "shredded" Fresh spinach (chopped) or any other green vegetable Mayo Equipment Grill machine or toaster Note: if you don't have any of this, use a pan with no lid Method of Preparation Plug grill or toaster to heat up If using pan, heat over medium heat In a bowl, mix shredded chicken, salt, pepper, cheese and spinach together Lay tort